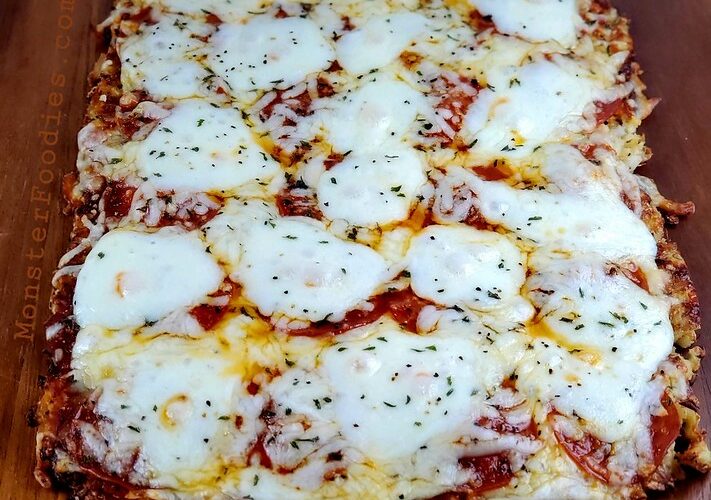 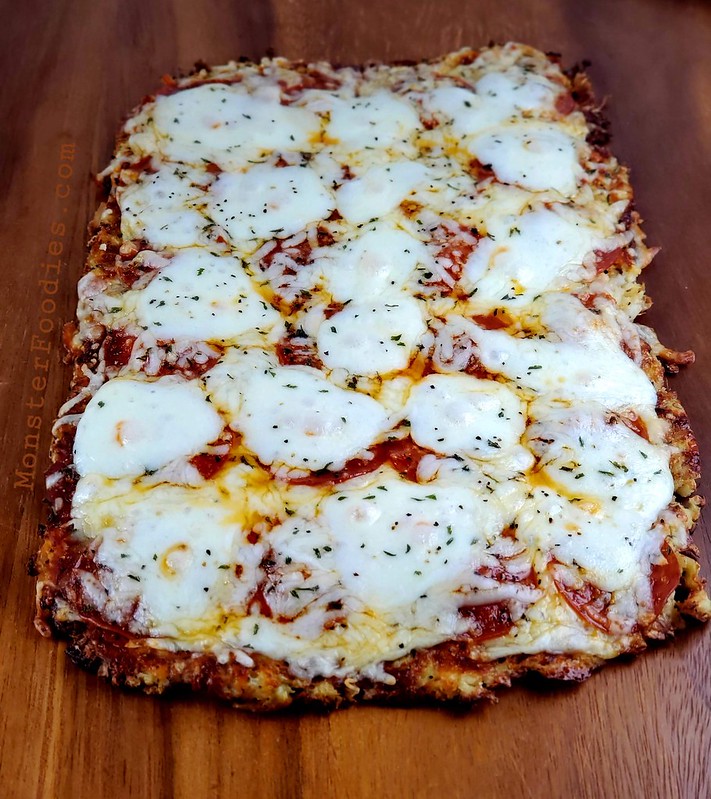 Cauliflower Pizza Crust is a great healthier alternative to traditional pizza crust that follows a Keto/low carb meal plan and tastes great! We prefer to make it with pepperoni, pizza sauce, and a combination of shredded mozzarella and provolone cheese. We also double the recipe so we have two medium-sized pizzas, which should be more than enough to feed a family of four. Cauliflower crust is a bit different than regular pizza crust, but if anything, the cauliflower adds an amazing taste to the flavor of the pizza. Getting the moisture out of the riced cauliflower can be challenging when using frozen riced cauliflower—utilizing a towel with a generous layer of paper towel works well. If there is too much moisture in the cauliflower, it will not bind properly and will turn out soggy. Flipping the crust halfway through the bake is also difficult, but I found that covering the crust with the new piece of parchment paper and then slowly flipping it over is the best way to assure it stays in one piece. From the Monster Foodies to you—love what you eat and enjoy! 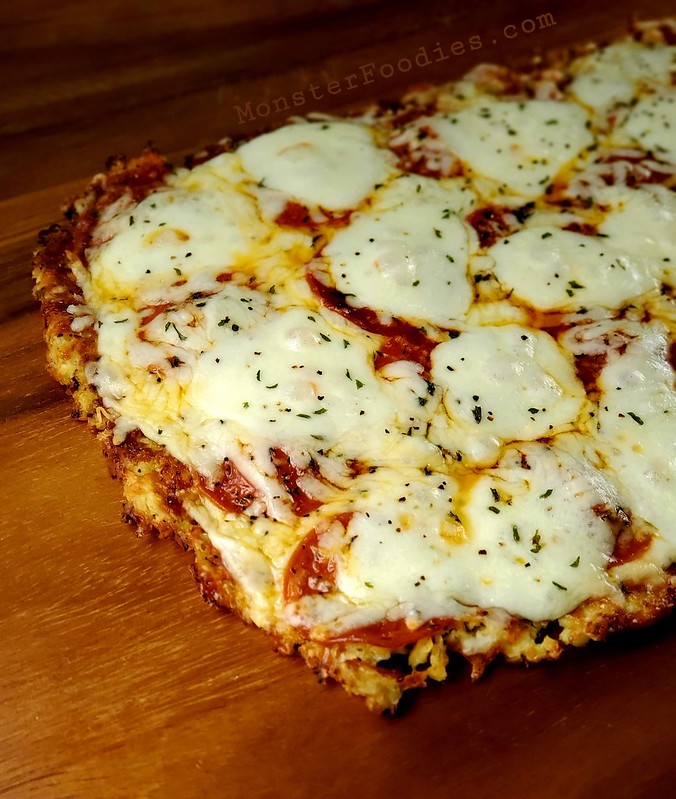 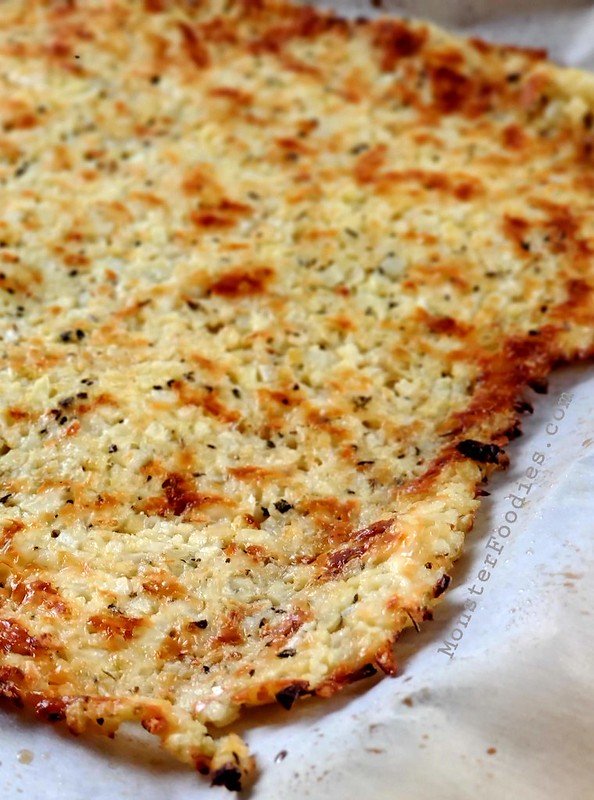 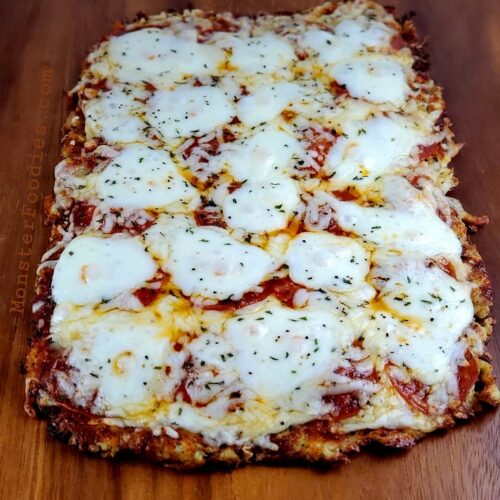 How to Make Cauliflower Pizza Crust