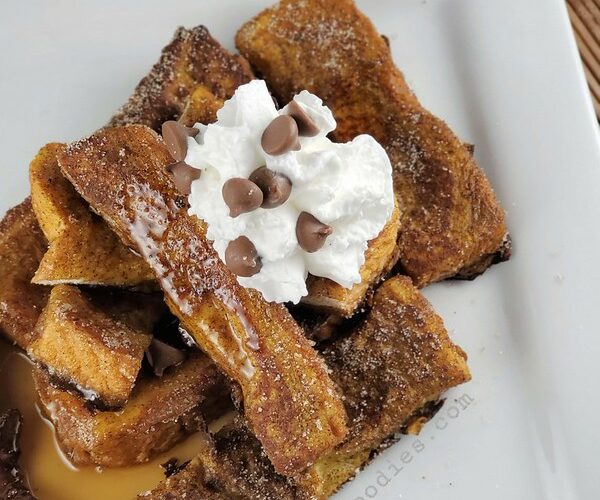 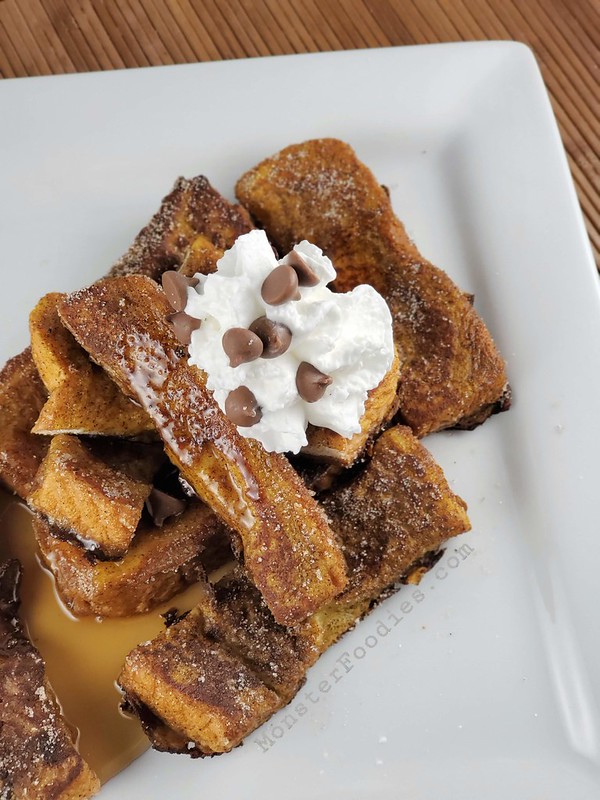 There are a lot of different way to prepared French toast but easily one of my favorites is pumpkin French toast sticks. This recipe combines classic French toast ingredients such as milk and egg with the ingredients of a pumpkin pie. That’s right, pumpkin puree and pumpkin pie spice are added in with the traditional French toast batter and Texas toast sticks are coated in the batter and then fried to perfection in a pan or on a griddle. Using a griddle is great for this recipe because you can cook the French toast sticks in large batches. Once the French toast is done cooking the sticks are coated with a sugar and cinnamon mixture for even more sweetness and delicious flavor. If you can’t find Texas toast you can make this recipe without it, just try and find some thick bread slices or take a French bread and cut it yourself. You can top these French sticks without any toppings you like such as butter, maple syrup, chocolate chips, and whipped cream. 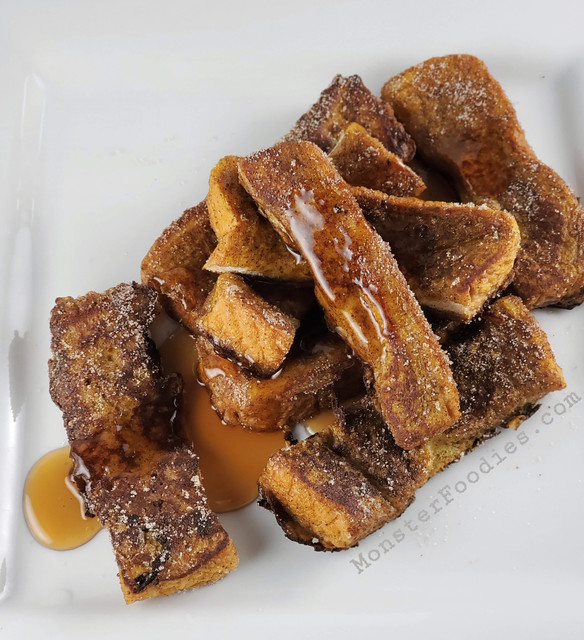 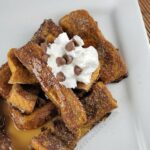